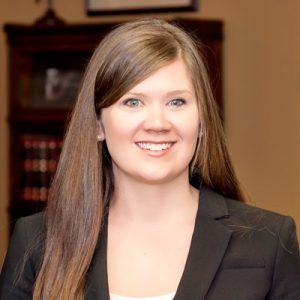 Several years ago Frasier and Niles Crane were sitting in Café Nervosa. As they drank their coffee, they realized their father, Martin, did not have an estate plan in place.  They were concerned because Martin was getting older and lived alone.  He had some health problems, but was very independent and still worked every day as a police officer.

That night, Frasier and Niles discussed their concerns with Martin, and the three of them decided they should meet with the local Elder Law attorney.  They made an appointment and were relieved that the attorney was able to create a plan that addressed all their concerns.  As part of their plan, they decided to set up a general durable power of attorney and a healthcare power of attorney. The attorney explained that these documents would allow Niles and Frasier to make decisions regarding Martin’s financial and business affairs on his behalf.  In addition, if Martin became incapacitated, Frasier and Niles would be able to make decisions about Martin’s healthcare.

The next week Martin had a horrible accident during a regular patrol – he was shot in the hip.  He was immediately taken to the hospital.  Niles and Frasier were contacted and rushed to check on their father.  When they got there, Martin was unconscious, but decisions needed to be made about his treatment.  Luckily, the Cranes had the healthcare power of attorney and were able to discuss Martin’s condition with his doctor.  They decided to proceed with surgery to replace his hip.

During Martin’s long recovery, the Cranes decided the best course of action would be for Martin to move in with Frasier, which would require them to sell Martin’s home.  Again, fortunately for the Cranes, Frasier was able to sign all of the real estate documents on Martin’s behalf while he was recovering, as he was Martin’s power of attorney.

Once Martin was able, he moved in with Frasier, and they hired Daphne to help around the house and to do physical therapy with Martin.   This arrangement worked great for several years.  As time went on, however, Martin’s health began to deteriorate.  His memory became much worse, and he was not able to care for himself.  Although he needed complete supervision and help with daily activities, he was very adamant about not needing care and refused to go to the doctor.

Frasier and Niles became extremely concerned about their father and decided he needed professional help.  Frasier assured Niles that their power of attorney documents would be sufficient for them to get Martin into a facility.  Niles, however, was not sure about this, so they decided it would be a good idea to meet with their attorney again to make sure they were taking all the necessary steps.

The Cranes made an appointment with their attorney and told him about Martin’s latest health issues and asked what they would need to do to get Martin the care he needed.  The attorney advised them that it was good they came in to discuss this.  Although a healthcare power of attorney would allow Niles and Frasier to make decisions if Martin was unable to, it would not help them to take actions against Martin’s wishes, even if they were in his best interest.  To do this, the attorney explained, the Cranes would need to get a guardianship over Martin.  The attorney told them they could get a guardianship in place, but they would have to do it through a court proceeding. The attorney assured the Cranes that this was a standard procedure his firm routinely handled, and there was nothing to be worried about.  The Cranes agreed this was the best action to take.

That week, Martin was evaluated by his doctor, who signed an Affidavit detailing Martin’s health issues and stating that Martin was unable to make decisions regarding his health and finances. The doctor also stated that Martin was a danger to himself, and as such, a guardianship was needed.  The attorney then filed the Petition for Guardianship, supported by the doctor’s affidavit.  A hearing was held, and the judge agreed that a guardianship was needed.  He appointed Frasier as Martin’s guardian.

Once Frasier was named Martin’s guardian, they were able to get him into a facility.  The doctors then properly diagnosed Martin’s dementia and started him on appropriate medication.  Everyone was relieved when Martin’s behavior began to drastically improve.   Because of Martin’s progress, they were able to move him into an assisted living facility that specialized in caring for people with dementia.  Frasier and Niles’s only concern after that was that Martin was too busy with dances and bingo to spend much time with them.